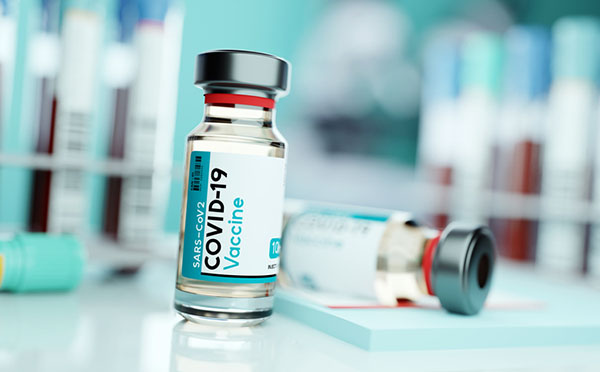 The UK economy returned to growth in February and survey evidence suggests a strong recovery is imminent, as lockdown restrictions ease and the vaccine rollout continues at pace.

Data published by the Office for National Statistics (ONS) showed the economy grew by 0.4% in February, as businesses prepared for the lifting of the third national lockdown. Commenting on the figures, an ONS spokesperson said, “The economy showed some improvement in February after the large falls seen at the start of the year, but remains around 8% below its pre-pandemic level.”

While February’s growth rate was below market expectations and the first quarter as a whole still looks on course for a modest contraction, the data does point to an improving situation. Survey evidence suggests economic activity has recovered further in recent months.

April’s IHS Markit/CIPS flash composite Purchasing Managers’ Index, for instance, rose to 60.0 in April, up from 56.4 in March. This was the highest reading since November 2013 and suggests the economy is poised for a rapid recovery.

As a result of the improving outlook, a number of organisations have recently upgraded their UK economic forecasts. The EY ITEM Club’s new projections, for example, predict growth of 6.8% in 2021, a significant increase from its previous figure of 5.0%. The group’s Chief Economic Adviser, Dr Howard Archer, said the forecast implies the economy will “emerge from the pandemic with much less long-term ‘scarring’ than was originally envisaged and looks set for a strong recovery over the rest of the year and beyond.”

Revised forecasts released by Goldman Sachs suggest the UK will now see faster growth than the US this year. In a note to clients, the bank said it expects the UK economy to expand by a “striking” 7.8% in 2021, compared to US growth of 7.2%.

ONS has described the jobs market as ‘broadly stable in recent months,‘ after its latest set of statistics revealed a small decline in the number of employees on company payrolls, alongside a dip in the rate of unemployment.

According to the latest data, 56,000 fewer people were in payrolled employment in March than in February, the first monthly decline in this measure of employment in four months. Over the year to March, a total of 813,000 payroll jobs were lost across the UK, with younger age groups bearing the brunt of these cuts.

The country’s latest unemployment rate, however, which covers the December to February period, unexpectedly fell for the second month in a row. The overall rate dipped to 4.9% across the three months to February, down from 5.0% in the previous three-month period.

Government support measures have clearly been a key factor behind the suppressed rate of unemployment, with around five million people still employed but on furlough. In addition, ONS linked the recent fall to a large volume of men exiting the jobs market, with the inactivity rate rising by 0.2 percentage points in the latest three-month period.

Commenting on the data, ONS Director of Economic Statistics Darren Morgan, said the labour market “remains subdued” although he also stressed there were positive signs particularly with respect to the easing of lockdown restrictions. Mr Morgan said, “With the prospect of businesses reopening, there was a marked rise in job vacancies in March, especially in sectors such as hospitality.”

Indeed, experimental data being trialled by ONS reported a 16% rise in vacancies during March, while online job advert estimates also point to further strengthening in the first two weeks of April. This echoes KPMG and REC research findings, which highlighted a recent significant improvement in recruitment activity.

In the UK, the FTSE 100 closed April up 3.82%, a third consecutive monthly gain. The blue-chip index breached the 7,000-point marker for the first time in 15 months in mid-April. Optimism of a fast-paced recovery, positioned the index for its biggest monthly gain since November. The FTSE 250 gained 4.55%, while the AIM index closed up 7.25%.

The Euro Stoxx gained 1.42% in the month, while the Nikkei 225 closed April down 1.96%, as stricter government curbs to contain rising virus infections, raised economic recovery concerns.

US indices retreated from record peaks on the last trading day of the month, as stocks paused after strong earnings results and encouraging economic data, with President Biden’s stimulus package providing further support. On 28 April, the Federal Reserve provided reassurance that it was not intending to alter its current monetary policy just yet. Despite weakness at the end of the month, the NASDAQ completed its sixth consecutive month of gains, rising 5.40% in April. The Dow closed the month on 33,874.85, a gain of 2.71%.

Official statistics show that retail sales volumes rose significantly in March, while survey evidence points to a further uplift in sales during April and May.

According to the latest ONS data, retail sales volumes jumped by 5.4% in March, following the partial recovery that began in February. The increase was largely driven by a strong performance from the clothing sector, as shoppers bought new outfits prior to the easing of lockdown restrictions. Retailers also reported a growth in sales of mobility equipment, as older people went out more following their vaccinations, and an increase in sales at garden centres.

Survey evidence also suggests the growth in sales is likely to gather momentum as restrictions continue to ease. Research by Deloitte, for instance, found that ‘going to a shop’ was top of the list of leisure activities people were most likely to do after lockdown.

Data from the Confederation of British Industry’s latest Distributive Trades Survey has also reported a sharp upturn in sales. In total, the survey’s retail sales balance jumped to +2 0 in April from -45 in March, its highest level since September 2018. In addition, the survey found that retailers expect sales to remain above seasonal norms during May.

The latest public sector finance statistics have once again highlighted the enormous cost of government measures to support the economy through the pandemic.

Figures released by ONS revealed that UK public sector net borrowing (the gap between the country’s overall income and expenditure) totalled £303bn in the latest full financial year (2020/21). This was a staggering £246bn more than was borrowed during the previous fiscal year, with borrowing amounting to 14.5% of national output, the highest ratio on this measure since the end of World War II.

Despite this record figure, the latest data was an improvement on previously forecast levels. While the data does not currently include £27bn of potential coronavirus loan write-offs that the Office for Budget Responsibility estimates will need to be made, the 2020/21 total actually undershot the independent forecaster’s mammoth March prediction by £24bn.

Borrowing is predicted to continue at historically high levels for the rest of this year, with the government having already committed to support the jobs market until the autumn. However, economists are now suggesting the prospect of a stronger economic recovery over the remainder of 2021 could result in borrowing falling more quickly than anticipated from current levels.

It is important to take professional advice before making any decision relating to your personal finances. Information within this document is based on our current understanding and can be subject to change without notice and the accuracy and completeness of the information cannot be guaranteed. It does not provide individual tailored investment advice and is for guidance only. Some rules may vary in different parts of the UK. We cannot assume legal liability for any errors or omissions it might contain. Levels and bases of, and reliefs from, taxation are those currently applying or proposed and are subject to change; their value depends on the individual circumstances of the investor. No part of this document may be reproduced in any manner without prior permission.