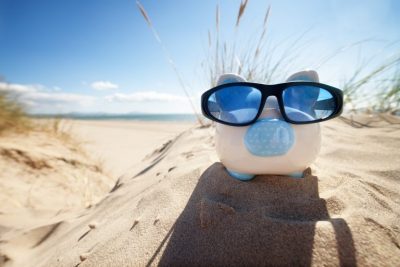 Taking a break from pension contributions has been shown to have more of an effect at younger ages than for those who are closer to retirement because savings made earlier in life benefit from a longer time in which to grow.

Research shows that if a 25-year-old, on an average salary, took a three-year break from pension contributions, they would miss out by £800 a year in retirement (assuming retirement at age 65) equating to around 10% of their monthly private pension income. Under the same circumstances, a 55-year-old would only lose around £400 a year on retiring at age 65.

Young women are more likely to take a pension holiday, with figures showing that 10.5% of women aged 22-29 have opted out of their workplace pension, compared to 8.1% of men in the same age group1. Women in their 20’s and 30’s are more likely to be faced with challenges such as starting a family, working part-time, or managing the cost of childcare, all of which can make retirement planning seem less of a priority.

A pension is a long-term investment. The fund value may fluctuate and can go down. Your eventual income may depend on the size of the fund at retirement, future interest rates and tax legislation.